Why Study The Moon?

The Moon is seriously old and our objective here at Moon Zoo is to study its surface with the time and detail that cannot be afforded by a small team of scientists. Earth’s closest neighbour and only natural satellite represents the largest and brightest object in the sky second to the Sun, and plays a crucial physical role to life here on Earth. But as the only other body to have been walked upon by man, what do we actually know about the Moon? Why is it so important to continue to study? And what can Moon Zoo’s 47,000 participants do to help?

One of the main focusses at Moon Zoo is to examine the distribution of craters in various regions in terms of their size and frequency. By determining this relationship, we can then independently estimate surface ages of different areas that have been examined by the community. Discerning these surface ages is key to understanding the history of the early Solar System, as the Moon is thought to have formed just 30-50 million years after its birth 4.5 billion years ago. The colossal impact of the Mars-sized body, Theia, into the early Earth stripped the outermost layer of our planet and returned it to a molten state, whilst the ejecta was captured in orbit and accreted to form the Moon. Although not perfect, this hypothesis explains the relatively small size of the Moon’s core and overall lower density, since it coalesced mostly from lighter crustal material. Whilst the Moon’s internal structure is differentiated into a core, mantle and crust in a similar way to the Earth’s, its rapid cooling saw tectonic and volcanic activity cease around 3.5 billion years ago. The combination of the Moon’s inactive geology and highly tenuous atmosphere has enabled its surface to become one of the most ancient, and well-preserved in the Solar System. From this almost perfectly kept record, we are not only able to look into the Moon’s past, but also unravel some of the mysteries surrounding the Earth’s history, the early Sun, and previous Solar System environments.

On Earth, tectonic, volcanic, and weathering activity has destroyed much of its early record, which is why we look to the Moon to understand our own history. We use observations of different surface features and lunar samples to date particular regions, which can help indicate events that occurred in the inner Solar System. This can, for example, be used to date periods of heavy bombardment from asteroids, which enables us to investigate the frequency of such events in Earth’s history. The samples obtained from the Moon originate from its outermost layer, known as the regolith, which is comprised of fine dust formed by impact processes. The Moon’s practically vacuous atmosphere does little to interfere with this layer, so it is able to preserve the impact fragments and provide insight into the composition and origin of colliding bodies. The regolith also incorporates particles from the solar wind, which allows us to examine how the Sun has changed over its lifetime.

Moon Zoo is helping to uncover the lunar geological evolution by analysing high-resolution images from NASA’s Lunar Reconnaissance Orbiter (LRO), in order to expand our knowledge of past impact, tectonic and volcanic activity on the Moon. Alongside crater counting, the other current primary focus is the identification of boulders, which can indicate depth of unconsolidated material. Another outcome of this search will be the production of boulder-density maps, which can be used for future lunar missions to indicate safe (or very hazardous!) landing sites. 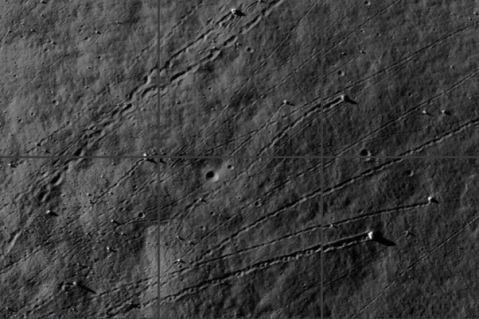 To date, the Moon Zoo community has already made over 3.5 million visual classifications with images from LRO, alongside many unusual geological features; the project has also been very successful in identifying spacecraft debris, rover tracks and even astronaut footprints! Data already gathered from the work of Moon Zoo participants on the Apollo 17 landing site are well on their way to producing the first comprehensive paper showing these results, which is scheduled for submission shortly. The current Apollo 12 landing site has also received a great deal of interest and will soon be drawing to a close for full analyses by the Moon Zoo science team. The next step will be analysing an entirely new data set, which will most likely delve into the rare maria on the more mysterious dark side of the Moon. 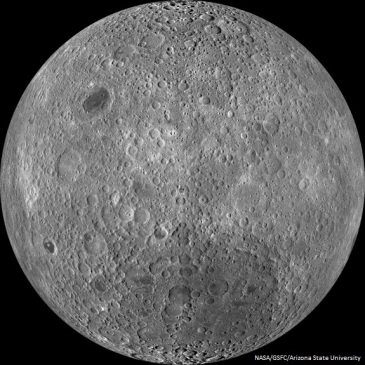 There is still a great deal more to understand about our planet’s closest relative and the clues it holds to the history of the bodies around it. Until the next stage of the project is launched, we implore you to keep clicking and help demonstrate the strong impact of citizen science on lunar research!

Katy Savage is a specialist factual producer in London and is the founder of Queer Cinema Club. She holds an MSc in Planetary Science and BSc in Physics with Astrophysics. Instagram: @savage_kt / @queer_cinema_club
View all posts by savagekt »
« Previous post
Next post »

One response to “Why Study The Moon?”